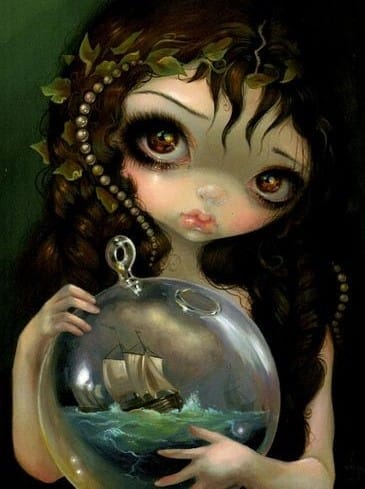 “When I have X amount of money, then I’ll be happy.”

The regurgitation to the plauge of modern day pirates.

Wearing out words quicker than the ink-stained maps encompassing towards an empty void.

The void of delusional mind.

I age 100 years for every ship that anchors at my port who’s captain repeats back that same line.

See the delusion isn’t the treasure,

The delusion is – Why the treasure.

“For I could live however I like and do whatever I want.”

Your rum will still be made by the same cane.

The atmosphere you’ve bought into?

For your money shines brighter than my chandeliers do.

But I’ll meet you by your gold, you boring bastard.

For I see the way you look at my dancing women.

I see the longing in your eyes to be held like the baby you secretly dream of.

As my choreography wraps your pockets around those twinkling sockets.

Remembering your role,
a smirk now spreads across to the crew.

And the Alpha rightfully takes his place,

That’s right matey, and you should add a few golden cannons too, the ladies love a good blow.

Especially at the end of that cannon fire,

The head of another man’s,

Who just happened to wake up to the sunshine,

Filling out a note to his beautiful little girl on how excited he is to see her.

That same head now met against the mast that exploded it in every direction.

Painting those wooden boards redder than the fine wine you’re about to be served..

And, as you steal his treasure.

Just like that I sold another dreamer on empty ambition and put forward another dead man to the carrion-eaters.

The next day, the ship is ready to sail.

Tales of new dead men waiting to be replaced,

Regurgitated treasures waiting to be claimed.

Thinking you’ve made a friend, I wave at that expensive vessel, your sheckels well spent.

And I turn around to face the sea,

from smile to frown at that mad man’s dreams.

He’s just made my port a little more richer while he struggles to ever find that baby-loving desire.. and perhaps the next dance he purchases will be met by the little girl who’s father he murdered.

Perhaps the choreography, newly improvised, with a knife to his neck that could finally bring him all the mark-stained treasure he could ever possess.

From twinkle to trickle, drowning yet another map.

The same map, on the other side the words ‘dear darling’ could still be made out on.

I look back up at that sunshine..

See, I’m just the man who owns the port.

I’ve sold my soul that sends men like him abroad.

That X, just makes sick men sicker, and a system that supposedly makes this world go round..?

It’s the same system that build ports for those who stand still and cash in their treasure.

.. And then before humanity could gift me with clarity,

The cries of a little girl surround my ears.

And just like that, I knew I found my next dancer.

A False Sense of Security