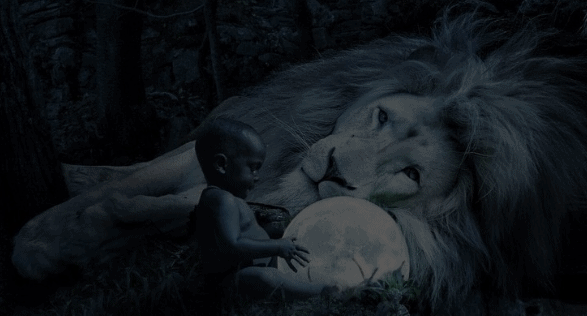 As excited as he is in a surrounding visualised by the narrator’s mind, he attempts to prove a point with a form of object in his hands.

“Son, son this is not the time for games! Work hard and hard because your kids will do the same! You’re a man, and this is what men do.”

His dad throws it away and leaves his son looking down at his hands, sad, young but determined.. it’s time to be a ‘man’.

Years elapse, and time repeats. We see heart ache, love and everything in between.

No knowledge of what to do just with what knowledge we have, we try to do the best that we can.

He has a lifetime before your existence but ignorance and lack of human experience will provide alternate endings when we seek the love and acknowledgement we were too blinded to permit.

Answers are decided before communication commences.

His children grow, and he spends majority of his time working.

He is beyond used to this life that it becomes tricky to stay open.

He has his moments, on adventures, to the park, on their birthdays.

He looks at his friends as they slowly drift apart from their partners.

Could this be happening to him as well?

Some lost their wives, husbands, others their children.

Some entered dark places that had them leave this earth for good.

He wondered if he was doing his best but the more pain he saw, the harder he worked and before he knew it it was hard to say I love you anymore.

Time passes by, his children grow. They find their own markings and love in a world that transitions quicker then he ever remembered.

He looks at everything around him and the thoughts start to creep in, all the love he had craved was swallowing up inside of him.

The stories behind the scenes with his friends, his reality.

A new mask everywhere he had to go.

But the hardest mask he wore was the one for his kids.

The doctor breaks him the news and he has cancer and hasn’t much time left.

He’s now alone. He looks down at his hands, his aged hands. Tears to his eyes, he decides he is done being a ‘man’.

He looks at his life, and it’s time to make amends.

He finds peace in the areas that have troubled him, placed him in despair.

He looks to the grave of his own parents when nobody is around.

He learns the art of forgiveness in a space he wished he had sooner found.

He sees his children like he never sees them before, when they’re arguing or playing it all looks the same.

He takes pictures in his memory as he sits back in his chair, smiling.

If he loses his temper, he recovers quickly because he knows he has a time-finish in a time-line that has now become sound to him.

The pain becomes unbearable that people start to notice. It’s too much that he can’t handle anymore of it.

He’s sitting on a chair in the hospital, he wonders how many have sat here for the last time too?

He looks at his son’s eyes.

Intuitively, the last time he’ll be able to see into them so openly.

“Don’t do what I did son, don’t be a ‘man’. Love hard and cry harder and let your loved ones look after you as much as you will look after them.”

That’s what he wanted to say, but his motor skills wouldn’t permit him.

As he sees his son be the very strong his own dad had taught him.. it breaks his heart.

His son holding all of his pain and his tears back. He was a human ocean drowning the entirety of the world he lived in.

He knew that he knew this was the last time for both of them.

As his son helps him in bed, he takes in as much as he can.

Then Unexpectingly, his son tells him he loves him so much and that he thanks him for everything.

Strong to the end, he wants to say it back but with lack of motor skills he just can’t.

His son leaves and he feels all the emotions stir up inside of him.

From the pain his own dad had left, to the pain in his heart even by the friends that had killed themselves.

He did the best that he could with the resources he had and his son had shown that, that was enough.

Pain brings out our greatest loves.

And if you’re the one that has to experience immense physical pain during the final breaths than hold onto the memories.

After pain, and a bit of searching we come to a place we’re we grow tenfold in love.

If we choose to mask our pain it will only come back later, some of us choose to die by our choices rather than explore them.

To the men out there, a strong life might take you to the end but in the end when your body leaves you weak and vulnerable you have only the same vulnerability you may have avoided most of your existence.

And the spoilers that alert to this moment is this:

When it’s your turn to take the final test..

Even the ones who hate you the most will only ever bring you love. Will see you, and listen to you in a way you didn’t think were possible.

It’s PTSD because our natural instinct is to care for one another. Your 99.99% me and deep inside you, you know it.

When it’s time to face what a man was never meant to be.

To admit the people who loved you were wrong BUT only giving you based on the resources they knew..

You let the arms down, crossed.

The heart melt and the tears felt.

Through the veil of what comes next..

Your first attempt back into this world will be:

And your children will say “I already have.”

You did the best in a timeline you never asked for..

And at that you find a peace in a land of forever.